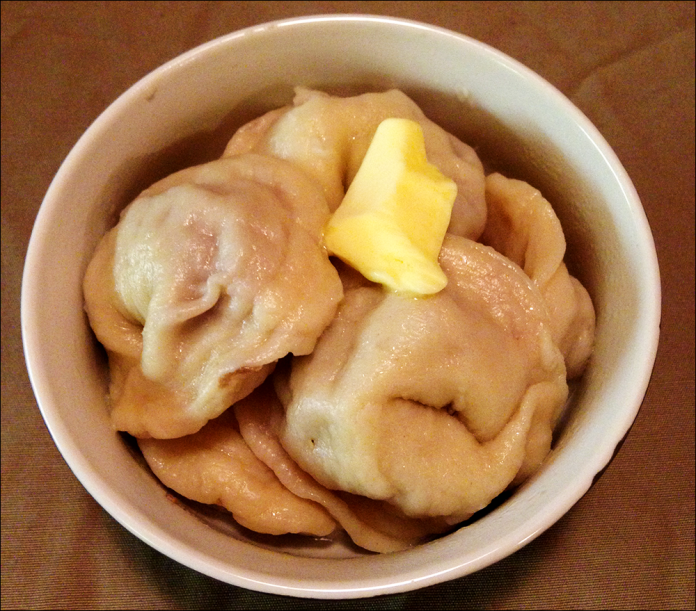 It is a recipe I wrote in French a long time ago, so I finally decided to translate it.

On the picture, the dumpling are enormous since it was my first batch ever. Normally it is smaller: approximately as big as a ball of 2-3 cm of diameter.

Some butter is generally added on top before serving. And it is served with ketchup, spicy sauce or/and some sour cream.

One thought on “Пельмени, the Russian dumplings”