It is Sunday evening (at least here) so time to summary this first “Week” — I am here since Wednesday so not really a whole week. I won’t talk of Wednesday and Thursday as it is covered in my previous post (Japan: Days 1-2). And I guess I will do like one post a week in general as I will have less new stuff to tell you about and as work is taking more and more time. 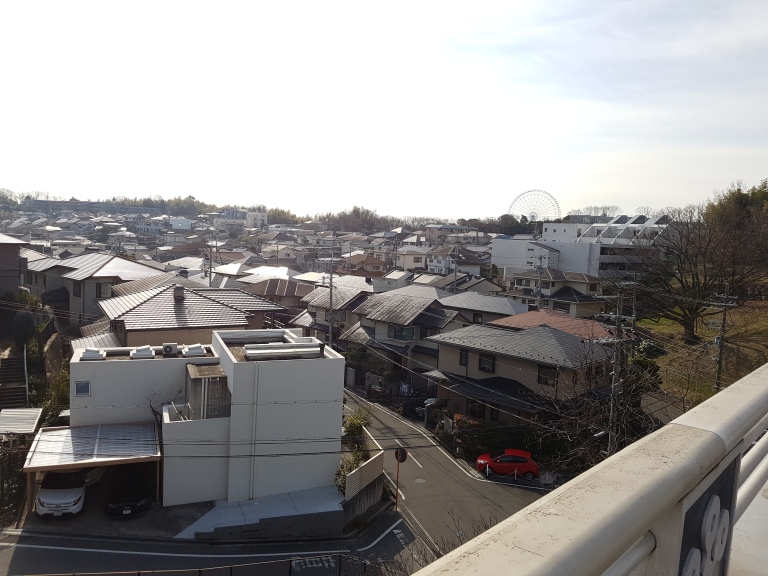 So Friday! On Fridays we have “Lunch Seminaries” — you bring your lunch and you listen a presentation while eating. Pretty cool stuff to learn new things while eating =D. So I had to quickly grab some lunch at the convenience store so got some breaded chicken with rice and a mayonnaise sauce with pieces of hard egg in it. As I ate it during the presentation I could not take any pictures, but it was very nice and I was surprised by that sauce, it suited very well this chicken. So after that presentation — it was about athlete running prosthesis and how can the performance of an Olympic runner be compared to a Paralympic runner, interesting subject — I went back to work while struggling with the jet lag — and I dared thinking in the morning that I am dealing with the jet lag like a boss… 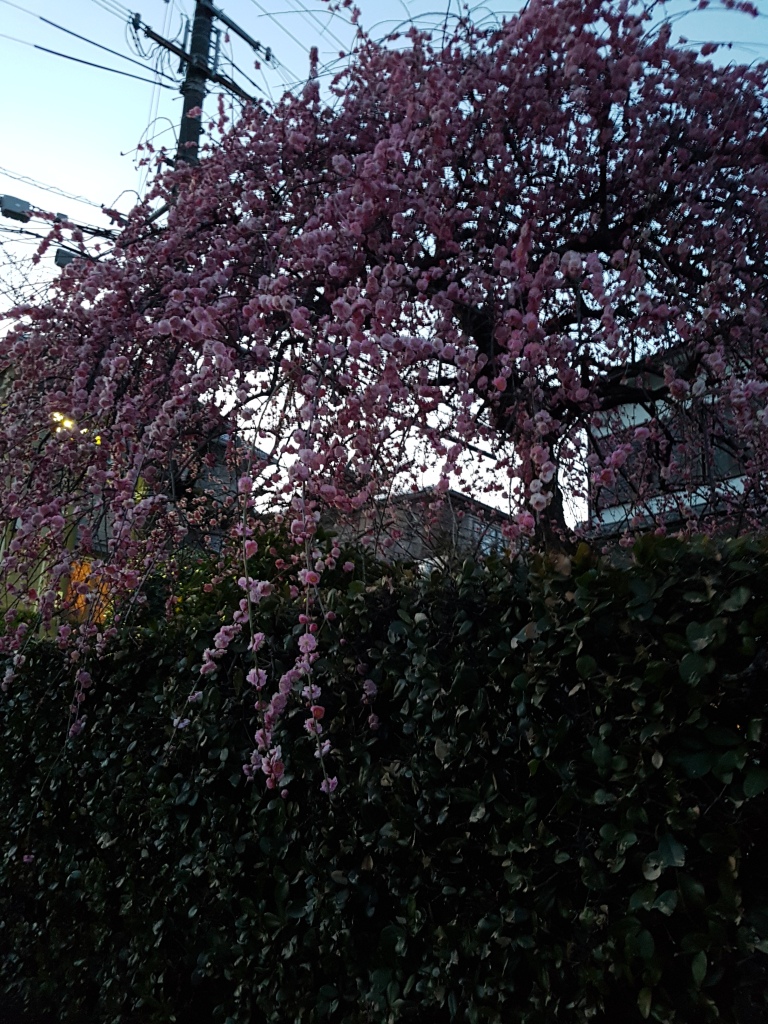 As I needed to start doing some homemade food, I went to the supermarket after work. It was a nice 25 minutes walk to go there, I walked under the monorail so there were less risks for me to get lost. It was a small but nice little supermarket with everything I needed — but I did not manage to find Flour and Butter, the fact that I do not know any Japanese does not help ^^’. It pretty hard to shop without language so I only got the stuff I more or less knew. I was amazed by the high price of fruits and the low price of sea-food, chicken and sushis… Yeah you understood me: it was definitely decided that it was a sushi night. I got some beer too as I like the Asahi one and has not yet tried the Kirin one — nice one by the way. The one thing that is totally different that in France or Switzerland is how you pay and pack the groceries. When you arrive at the till, the cashier unpacks your basket, scans everything, and pack it in another basket. Then you pay and the cash register give automatically the money back. So it goes super fast to go through the till, and then you have your basket of paid groceries and there are tables after the till with bags and sticky tape for you to pack everything as you want. I really like it, it is like every single thing is optimized. That is actually a feeling that I had since I am in Japan — except for when I had to get my luggage to give it back 5 minutes later.

I decided to go home through the town instead of taking the same road. A very nice walk through those quite streets. Finally reached home. It was sushi time! And yes it was supermarket sushi, but I just do not care it was so good. I could eat this every single day and not get bored of it. Additionally the price is really chip. It was 10 nigiris for 570 yens — less than 5€ and about 5$. In Switzerland for 10€ you get like 5 nigiris.

Saturday woke up ultra early again at like 4:00. I was pretty much bored during this early morning but as the day appeared nice I went around 9:00 for a walk. As I needed a mouse for my computer I decided to go to a commercial center. The closest one was at 35 minutes of walk, on the other side of — as I discovered — the park of the Japan World Exposition of 1970. That is where the strange statue is — by the way it is called the Statue of the Sun and you can read about it in the following pictures.

As I was earlier for the opening of the commercial center — it opens at exactly 10:00:00, not 9:59:59 or 10:00:01, but 10:00. And there were some fun stuff to see. First of all the “English Village” with an American flag on it. But actually you can look at the USA as being long time ago an English village. The other two things are totally “Only in Japan”. First, Gundam statues of like 8 meters height. Second, a Pokemon Gym — actually it is called “Pokemon Expo Gym” but yeah you understood me. 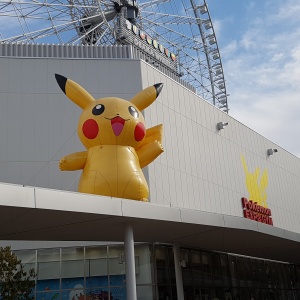 Finally the commercial center opens. I simply walk around looking at what kind of shops they have. Some are quite interesting like the popcorn shop. A few shop are using simple French names to look cooler — made me laugh. I found another supermarket so checked what they had as it is bigger than the one I went the day before. That is where I found the weirdest popcorn I ever saw. It was called “Chicago Classic” and was a mix of “bettery caramel corn and rich cheddar cheese corn”. I don’t know perhaps it’s amazing but it is weird for me. If you had something like this before tell me please so perhaps I try it.

Continued walking around, finished the first floor, arriving on the second floor where is the shop I found on internet as “Computer Shop”. It was an Apple store… Great ! >.< So continued through the second flour and reached the third floor. In one of the corner of that floor there is a Food court and there is a lot of choice so you will definitely hear about it more in my future posts. It was a hard choice between Ramen, Okonomyaki-Takoyaki and Hawaiian burger, but went to the Okonomyaki-Takoyaki shop and got their mixed plate. Both the Okonomyaki and the Takoyakis were not as I expected but I really enjoyed it. The Takoyakis are soft batter balls with liquidy batter and a piece of octopus in the middle. The Okonomyaki is more like a mix between a pancake and an omelette with a lot on stuff in it — in mine there was beef, fish cake (I guess) and green onion, not really the traditional. I will try both of it another time this time with the sauces that goes with.

Then finished walking through the commercial center and the last shop is … A computer shop yeaaaaaaah! So got my mouse of the brand “Logicool” — it seems that it is the name of Logitech in Japan. I was wondeering if I can cut through the park to go home, but the access costs 250 yens, so I said “Naah! Perhaps next time” and walked the same way I came. It was a lovely day, It was warm enough to walk just in T-shirt. Got home and rested the rest of the afternoon. For dinner I made a cooking experiment that I will tell you in the next post as it is a recipe. Went to sleep at midnight to try to not wake up at 4. Woke up at 11:20 =O As it was a gloomy day, just took care on laundry and cleaning the flat.

Now I am getting ready for tomorrow, so see you another day 😉

One thought on “Japan: Week 1”