I am writing from Japan =D 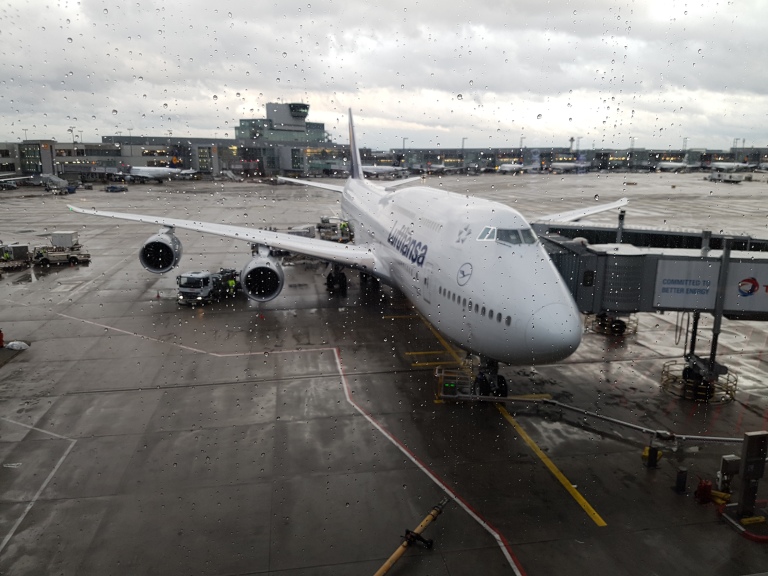 I left you a few days ago in Frankfurt. After writing the post, I went on that huge Airplane to Japan. It was a super cool flight. I met some German guys with who I will have a drink in Osaka, watched a few movies and turbo napped for one hour. The flight was about 10 hours long and we were served some nice food (and some whisky =D ). The dinner was really yummy: a simple salade, two maki sushis, beef guydon and a brownie. Beef Guydon is a rice served with sweet simmered beef and some ginger. I really liked it. 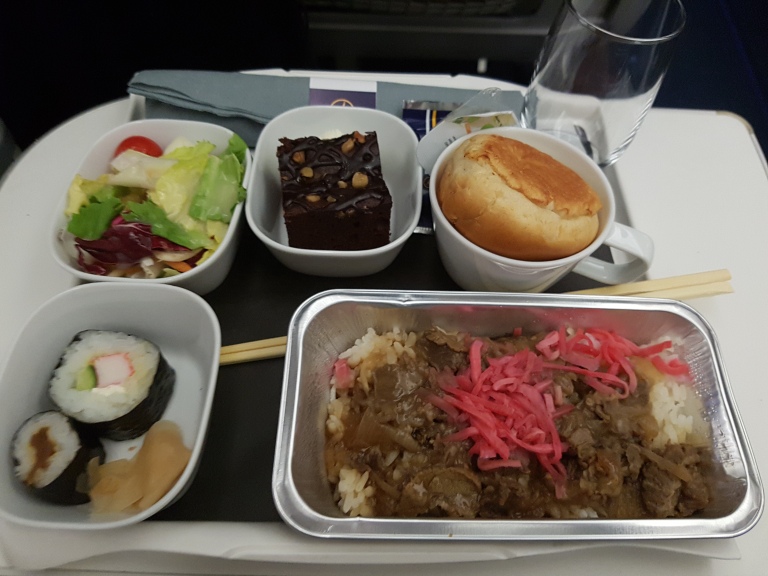 For breakfast, we got omelet with “Rösti” — actually it was simple potatoes and not rösti — a tomato sauce and some spinach. Ah! And some melted cheese on the omelet. I actually never thought of having omelet with spinach and tomatoes but it is really nice. Additionally there was an mango and passion fruit salad and a croissant but I am not really a croissant person. 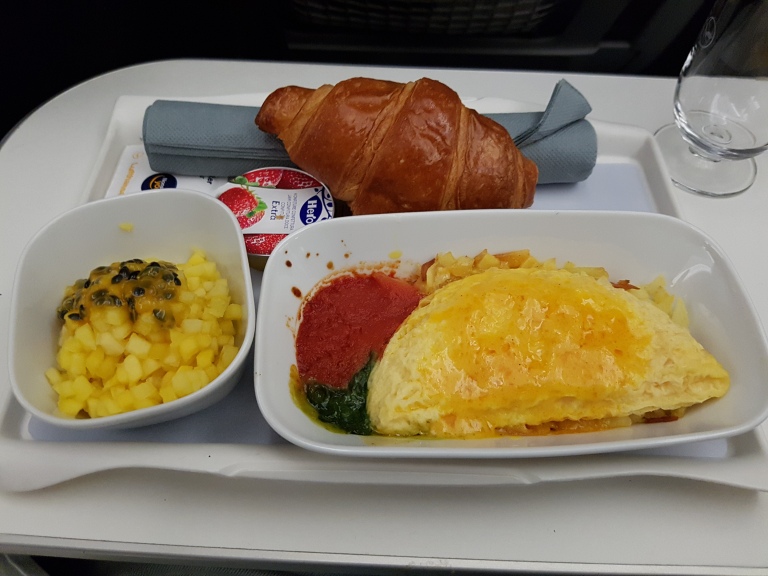 Then I landed in Tokyo and it is when the race started: I had 2 hours to get my next flight and a lot to do in between. First of all: border control. As always I was “lucky” to get the slowest queue, all that to be told that as I have a long-term visa I need to go wait in another slower queue. After a total of like 45 minutes at the border control, I got my residency card and could go get my luggage. Yes, I needed to get my luggage even if I still had another correspondence.  Five more minutes in another queue to go through Customs and I am finally through. Said by to my new German friends and rushed through the airport to Domestic Correspondence to register my luggage again and get through another control. Finally got on a bus to go to another terminal that took 20 to 25 minutes to go there. In the end I managed to be in front of the door, sweaty as hell, 20 minutes before the plane leaves. 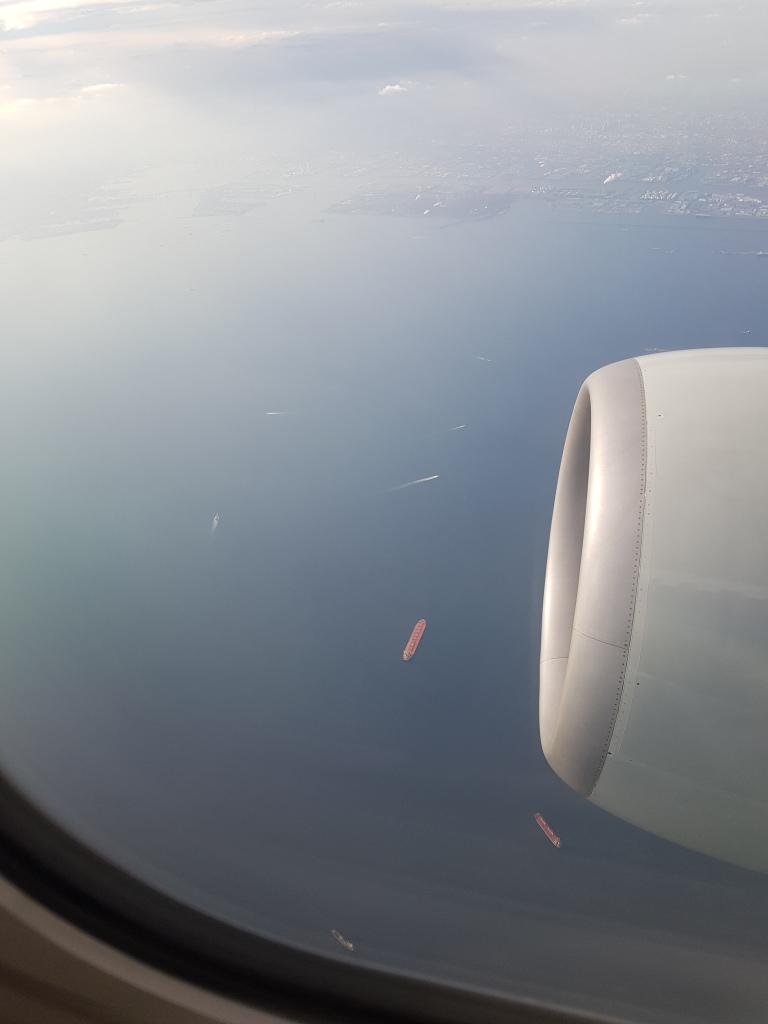 While the plane was driving on the tarmac, I was falling asleep but as soon as it took off I woke up. And the view was amazing. Tokyo Airport is on a man-made island in the Tokyo Bay, so you can see all the ships under the plane. It was really cool, and the sky was quite clear in Tokyo. 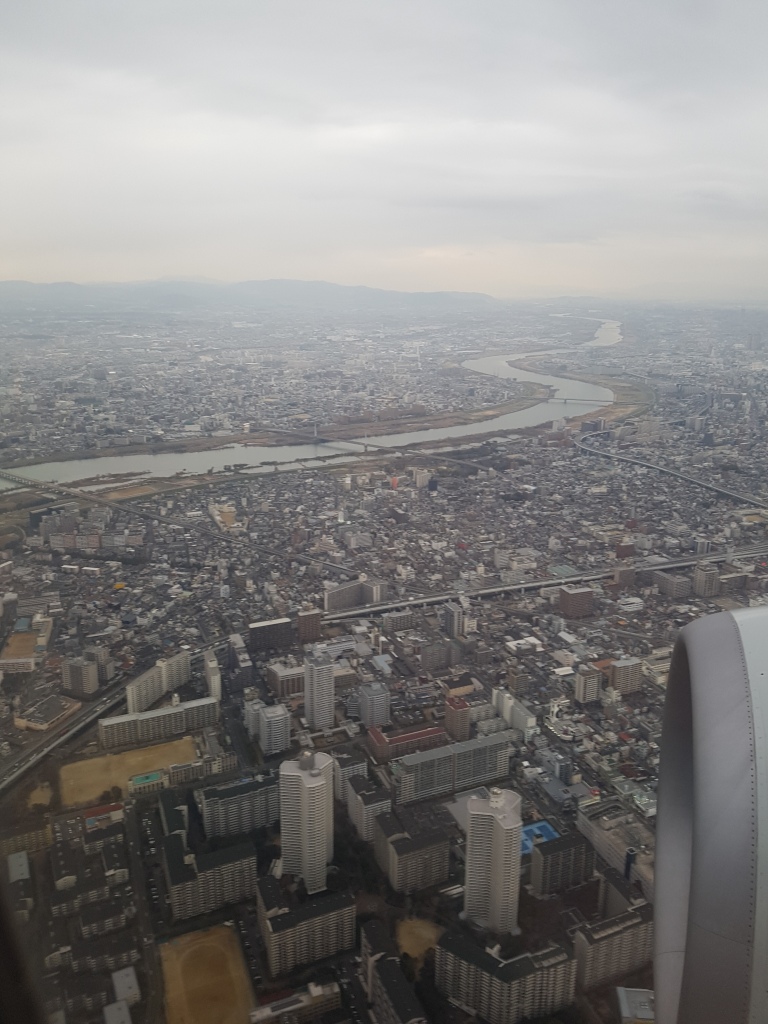 But in Osaka it was pretty cloudy when I arrived in the Airport. Got quickly my luggage and exchange some money, and got on the monorail. It is so funny that the information in the monorails are with anime characters. Had to change line once and passed in front of perhaps an attraction park with a weird statue. Finally got off and found the building where I stay. 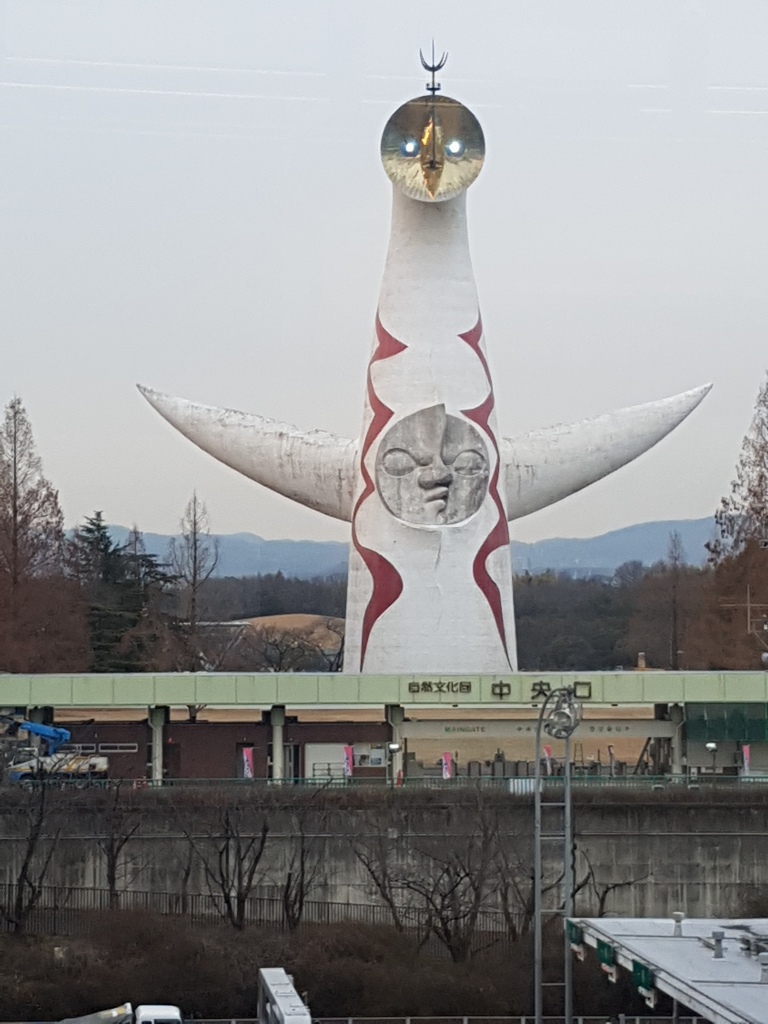 After getting everything sorted out in the flat and taking a shower — really needed one — I went for a quick exploration to the shop. I have a “FamilyMart” right in front of my building so went there. It has mainly pre-made dishes, so I got some instant ramens, some miso paste, bacon and bread — nothing really glorious — and had some ramen for dinner. After that I was just crashing of fatigue and fell asleep twice in front of my computer, to finally go to sleep at 21:00.

All that to wake up at 3:00 >.<
So I went to work at 8:30, spend all the morning doing administrative stuff and at lunch a colleague showed be that lovely restaurant just next to the campus. There is no menu, every day they cook something different and it always cost 700 yen (about 6 $). And I was thinking “700 yen for lunch? I don’t expect much but I like the price” and you enter that restaurant and it is just perfect. You eat at the bar, there is a maximum of 12 people, the food is simple but really delicious. I may be a little bit too few food for a big eater like me but at the same time I need to loose some weight. So for lunch it was salmon grilled on charcoal, miso soup, toasted nori, oden and rice. I was really really good. I think I will go there quite often. 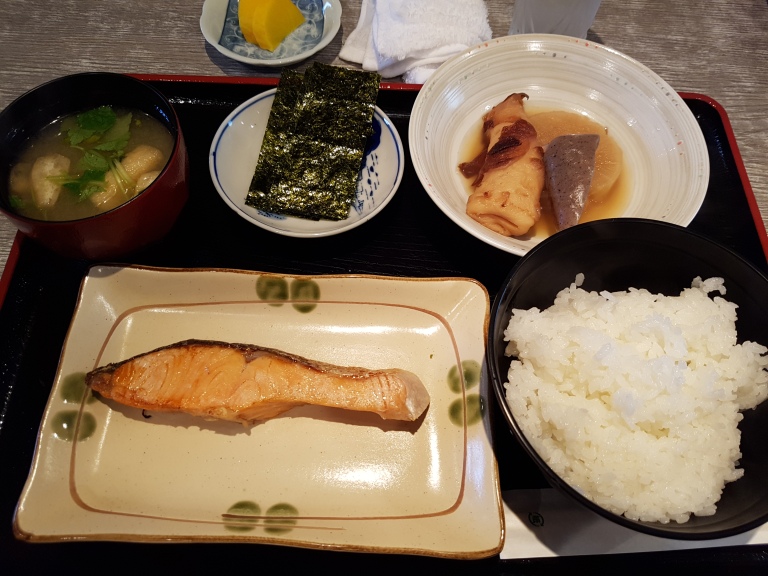 Finally after work I grabbed a take-away from a shop on the way home. It was a set of breaded food with come rice. It was quite nice, but nothing amazing but the price was pretty low so it’s a good ratio quality price. 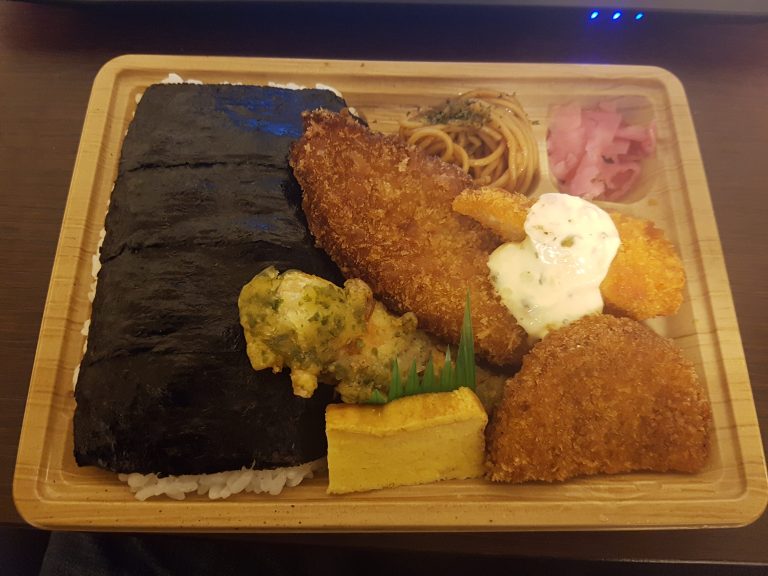 Now I am dying from fatigue so I will tell you:

See you next time 😉