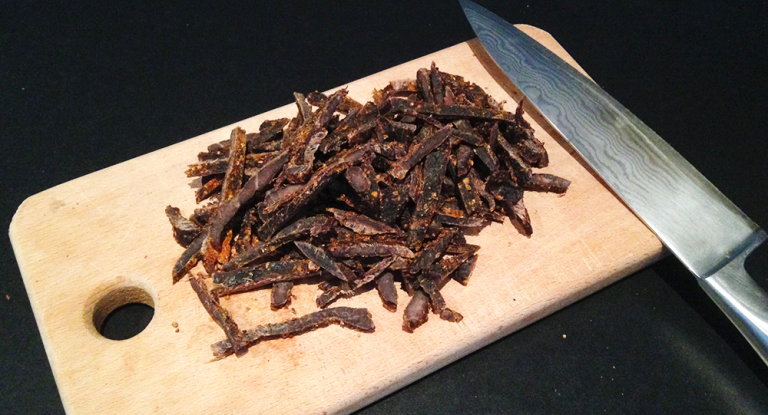 What is biltong? Biltong is a South African cured and dried meat. Generally beef is used but it can be done with practically every meat.

It is pretty expensive to buy biltong outside South Africa, so I am trying to find a way to do it at home.

I tried with some lean and thin beef meat that I marinated in some Xérès vinegar – also called Sherry vinegar – with some black pepper, a lot of coriander grains, paprika and cayenne pepper. It marinated for 3 hours in the fridge.

For the drying, I used an oven that I preheated to 60°C with the “fan mode” and dried it for 5 hours.

Finally I sliced it in thin stripes.

It resulted in a pretty nice dried meat but not quite enough cured and not spicy enough. So I thing for the next try I will marinate it the same mix that I used this time but with some salt and I will do it over night. I think I should roll the meat in the spice mix before drying it.

One thought on “Biltong”